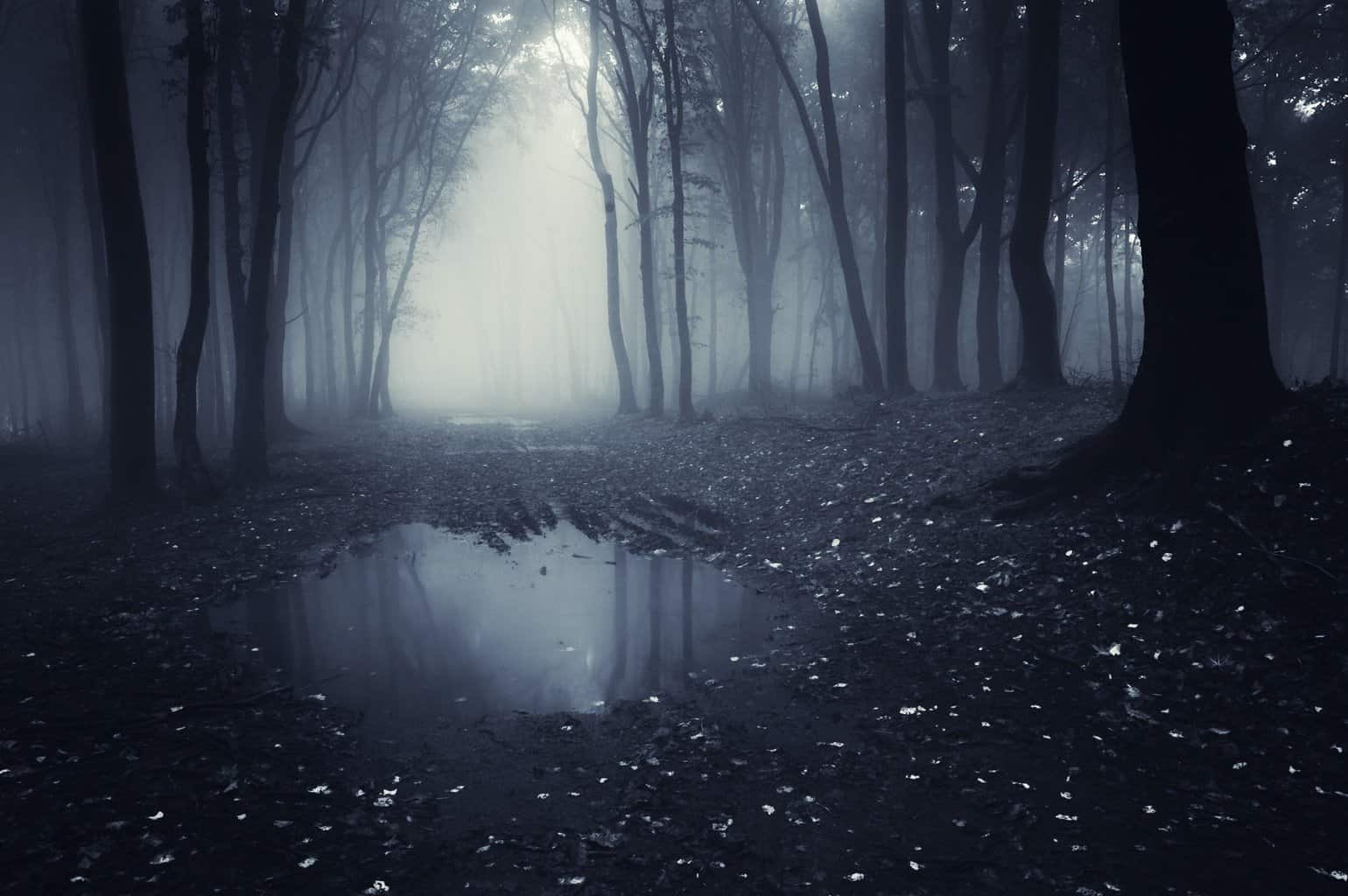 4854 shares
As an Amazon Associate we earn from qualifying purchases. Thank you for your support!

Need a good story idea quick? These fantasy writing prompts and plot ideas can be used as inspiration to write your next epic tale. You can use these story ideas and prompts for all types of creative works, whether it be a novel, screen play or other fictional short stories. 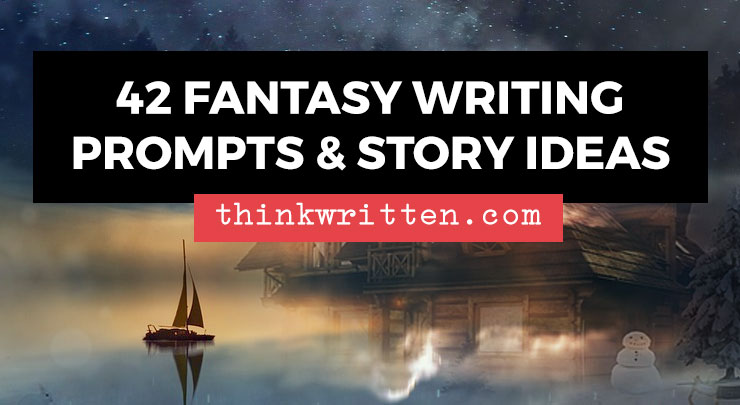 I’ve always loved writing fantasy, simply because in fantasy you can leave all your worries about the real world behind. Fantasy writing is your chance to explore your imagination and discover all sorts of magical and mysterious things.

One of the biggest perks of fantasy writing is unlike realistic fiction, there needs to be no logical sequence for how things happen. You can finally use magic as a reasonable and acceptable explanation for everything.

Like all of our writing prompts, these fantasy fiction prompts and plot ideas are varied on a number of different subjects that can fit into the fantasy genre. Many of these fiction writing prompts can be used for sub-genres of fantasy, such as paranormal romance, urban fantasy, magic realism and more.

Not a fan of the subject? Prefer to stick to medieval times? Any of these epic story ideas can be adapted easily simply by substituting the suggested character with your mythological creature of choice.

Don’t forget, if you like some aspects of a prompt you can always change it for your own needs and what interests you most. The possibilities are endless, and I know there is a book idea here waiting for you to write and publish it.

Even if you don’t have any intentions of writing a fantasy novel, there are many benefits of practicing creative writing with these fantasy writing prompts. Set a timer for 5 minutes and let your imagination run wild with one of these prompts – you never know where it may take you. 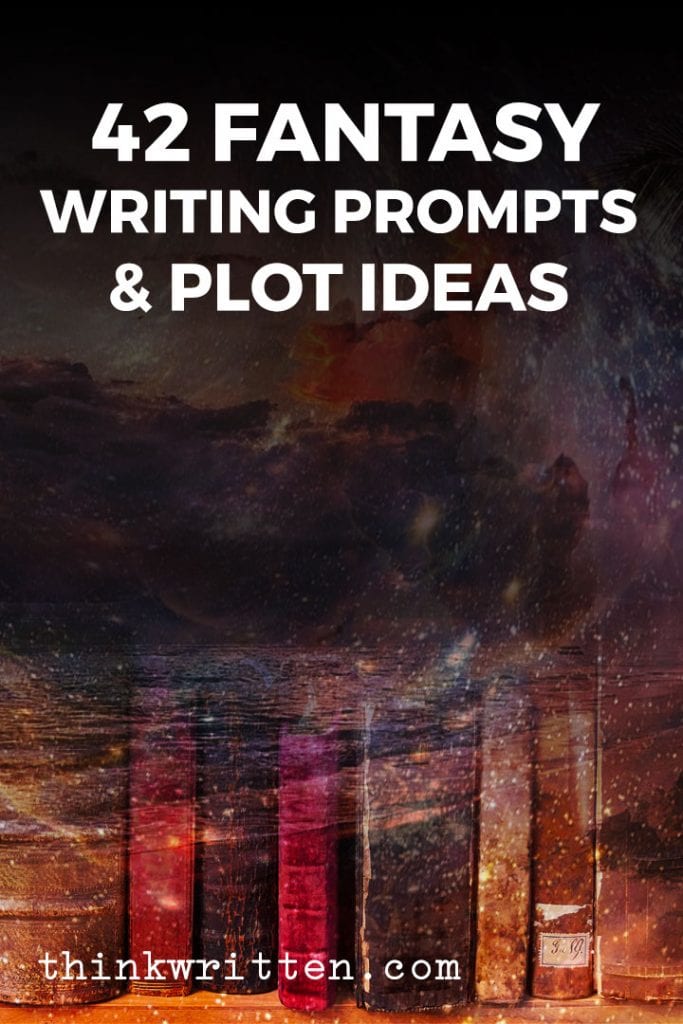 These writing prompts are open to your own interpretation and imagination. Many are purposely open-ended to give you a lot of flexibility for the way they are used. Ready? Let the writing begin!

1. The Snow Dragon: You are in the mountain forest when you come face to face with the snow dragon: an adorable, furry, and surprisingly tiny creature who breathes fire.

2. Street Signs: After a young man is killed as an innocent bystander in the cross-fires of gang violence, you notice a mysterious symbol appear on the side of a building.

3. Lilies of the Valley: As the new housekeeper for a prominent wealthy family, one of your tasks is to water all of the house plants. You are watering the lilies in the entry way when one of the plants starts talking to warn you of a dark family secret. 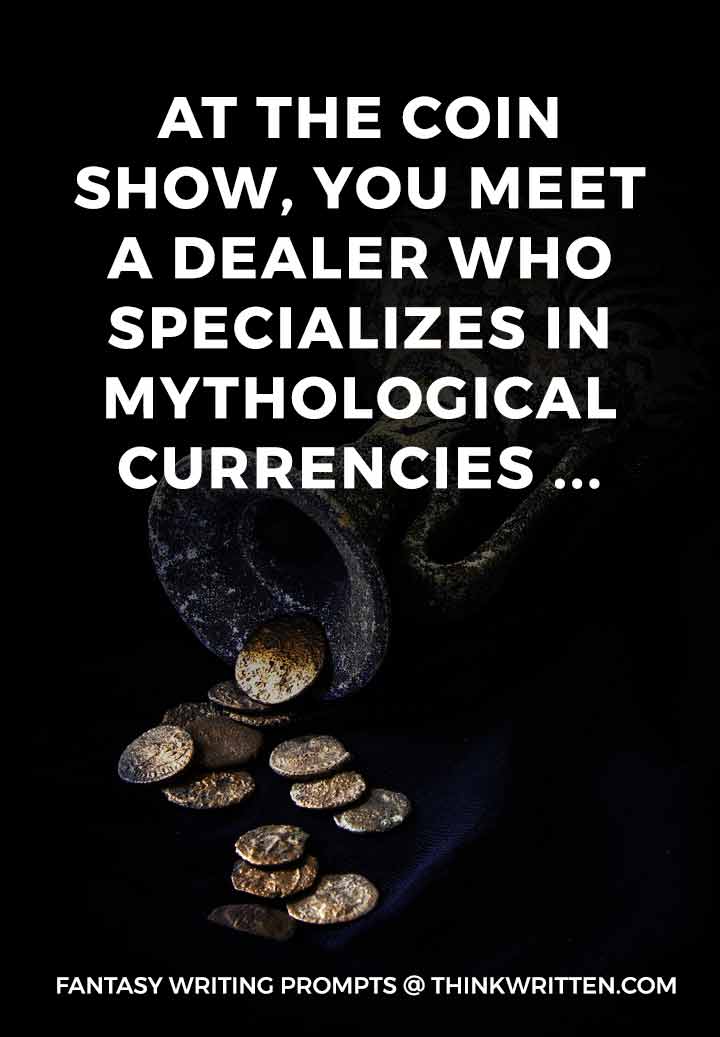 4. The Coin Dealer: You are at a Coin Show when you meet a coin dealer who specializes in collecting mythical currencies.

5. The Fairies Next Door: Being new in town, you decided to introduce yourself to the neighbors. When you knock on the door, you are greeted by a small army of fairies who take you captive. 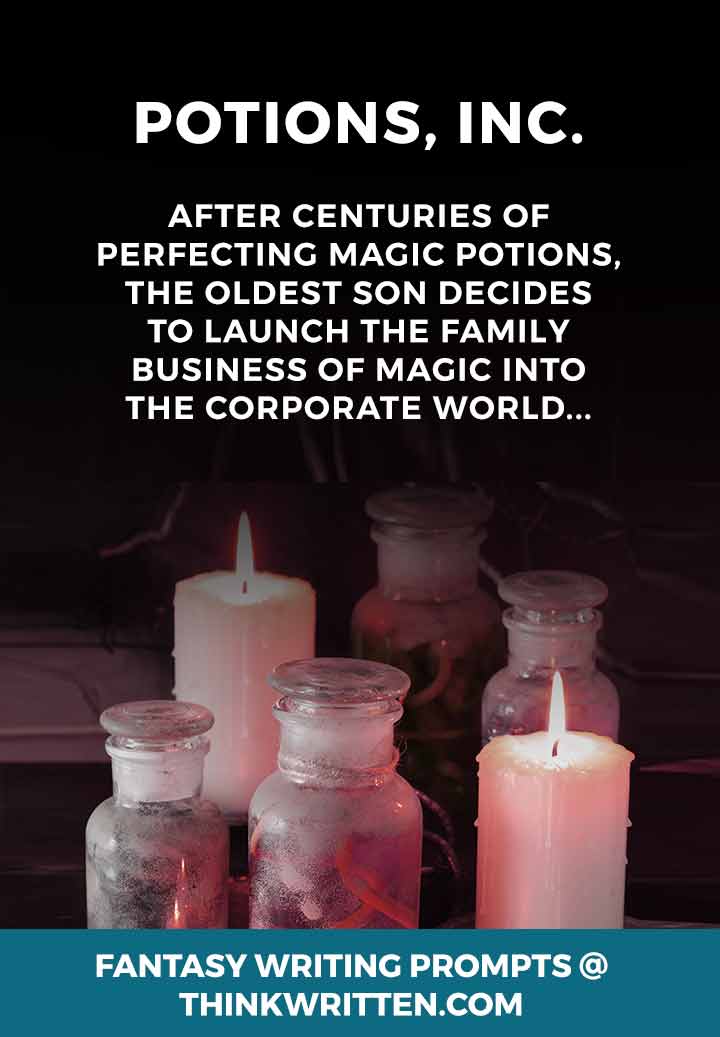 7. Potions, Inc.: After centuries of a small occult family developing successful potions for love, fortune, and health, the oldest son decides to launch the family business of magic into the corporate world.

8. If Walls Could Talk: After moving to a new town, the Smith Family thinks they found the perfect home. That is, until the walls begin to talk and they learn the house is cursed.

9. Empire of Misfits: A secret society of misfits decides to take over the world, learning to use their greatest flaws as super powers to succeed.

10. The Invisible Castle: A group of friends decide to climb a tower near their home when they discover it leads to an invisible castle in the air that no one else knows exists.

11. Ghost Pirates: Legends claim a notorious pirate buried his treasure along the rocky shores of the cove. James and his girlfriend are at the beach one night when the ghost ship sails in. 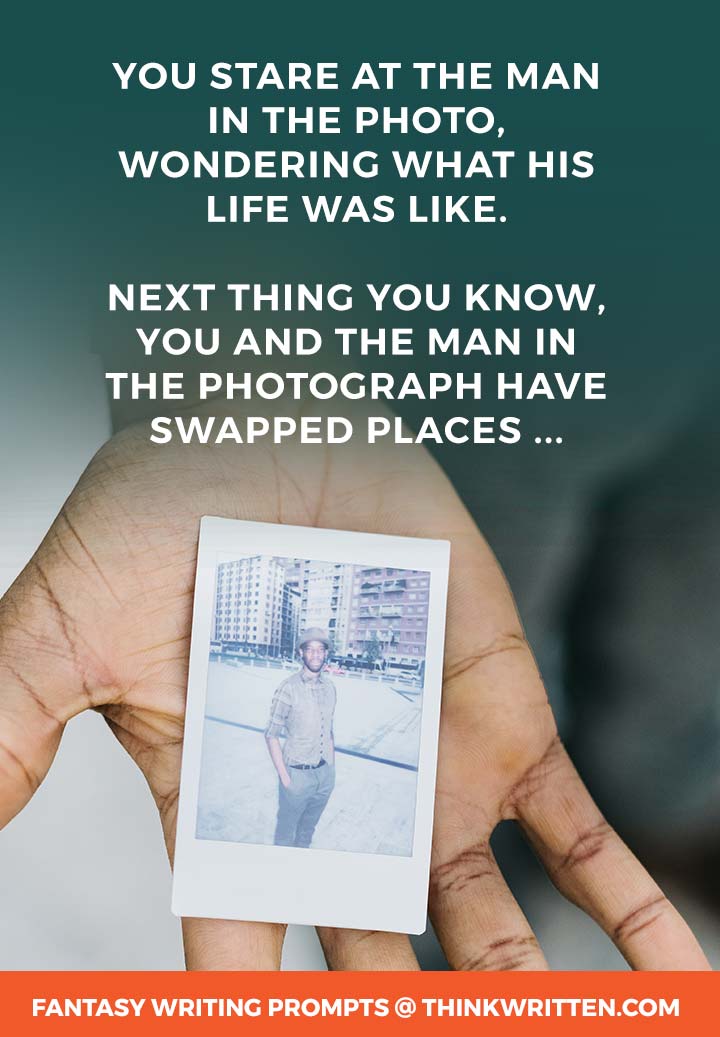 12. Photographic Travel: You stare at the man in the photo and wonder what his life might have been like. Next thing you know, you and the person in the photograph have swapped places.

13. The Benevolent Beast: On the edge of town is a giant and fierce looking beast but is actually quite friendly. When strange occurrences start happening in the town, the beast is a prime suspect. Can you protect the beast and clear its name?

14. Gilbert The Giant Goldfish: Life in the koi pond only appears to be peaceful…

15. The Magic Key: After failing in his career and marriage, Will discovers a magic key that unlocks doors that open into a new world. 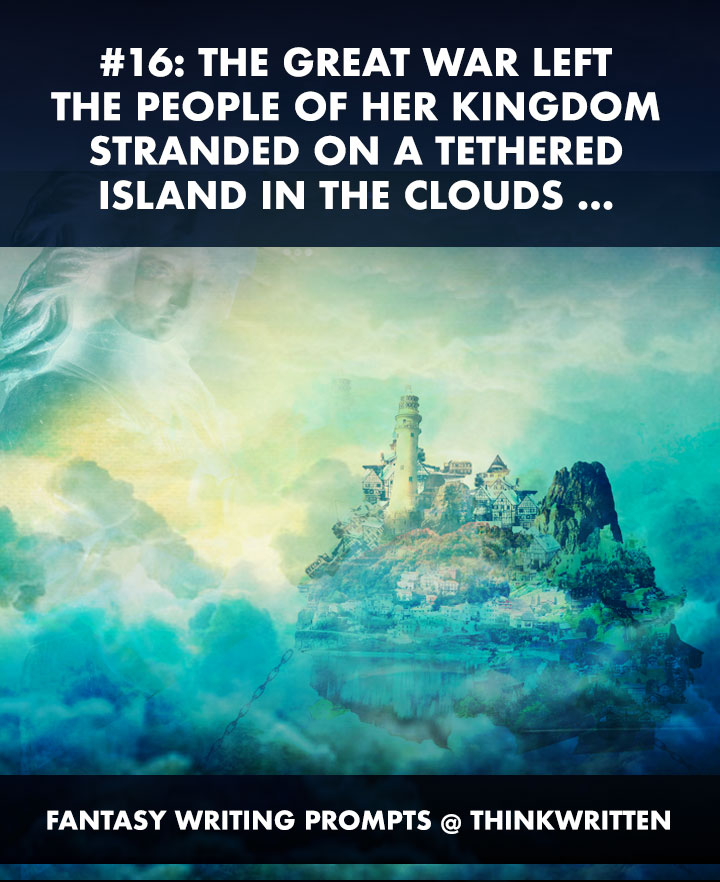 16. Island in the Clouds: The Great War left the people of her kingdom stranded on a tethered island in the clouds…

17. Dancing Fever: As the townspeople are overcome with a feverish desire to dance, it’s up to you to find the cause and cure.

18. Paranormal Detective: He has a knack for solving mysteries with the help of a ghost who gives him clues.

19. Darkness Made Daily: The factory you work at is frequently rated “Top 10 Places to Work” across the country. Workers have wonderful health benefits, generous salaries, and plenty of paid vacation time. When your co-worker at the assembly line mysteriously vanishes, it’s up to you to uncover the evil truth of what the factory is manufacturing and put a stop to it. 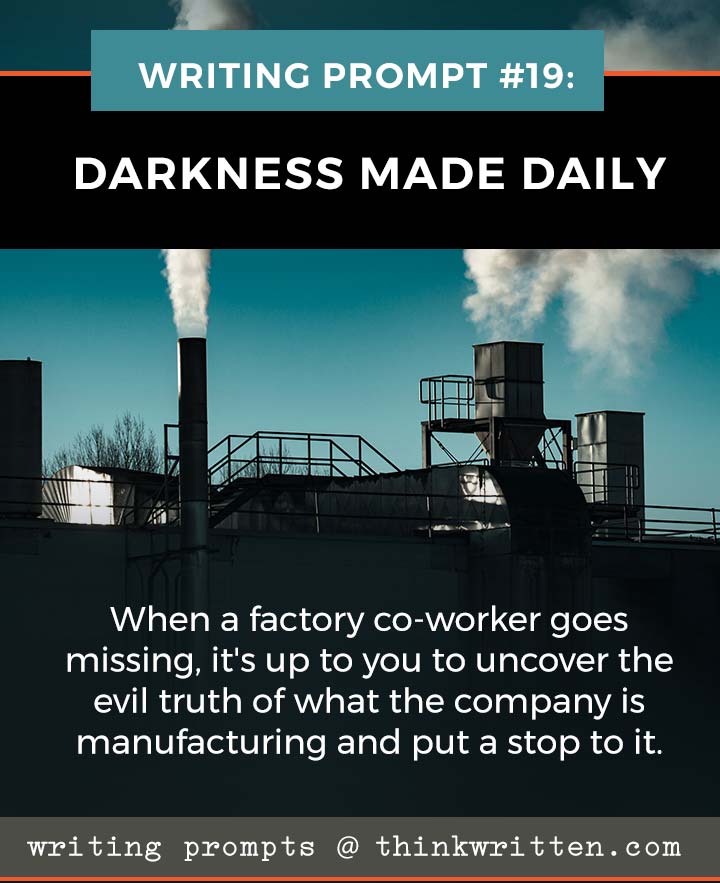 20. The Arctic Mermaid: Living deep in the icy waters of the Northern Atlantic Ocean are the arctic mermaids, who rescue a child being held captive on a ship.

22. No Words: Mike makes a promise to a mysterious vagrant on the street that leaves his wife speechless.

23. The Psychic Hospital: After being involuntarily committed into the psych ward for being delusional, a patient must somehow convince the doctors all she experiences is real. She is not crazy – and neither are the other patients.

24. Forever Beautiful: You are a cosmetologist at a local gossip-filled beauty salon when you accidentally stumble across a map that outlines the path to the legendary fountain of youth.

25. Out of Paradise: You just got kicked out of heaven. Now what?

26. The Crossing Guards: The crossing guards at a busy intersection of the city do more than just help the living humans walk across the street.

27. Second Chance at Life: At a hospital on one stormy night, the souls of two patients agree to swap places when it becomes obvious neither one will ever be able to return to the life they once knew.

28. The Cowboy and The Witch: He is an outlaw from the wild, wild west and she’s a witch from the Old Country.

29. The False Light Gods: A group of evil entities attempt to trick people into believing they are the good guys by disguising themselves as saints, angels, gods, and goddesses.

30. Utopian Anarchist Society: Tired of the kingdom’s latest . It’s time to do something about it and so you begin your plans for creating the perfect utopian anarchist society.

31. Spirit Radio: After a few too many songs come on the radio at random coincidence, you realize you have a gift to communicate with spirits through music.

32. Flying Cupcakes: A little girl is visiting a busy bakery with her nanny when she  enters the enchanted kitchen and is whisked away into the land of cupcakes.

33. Cosmic Address: You discover there’s a reason the address of your childhood home is 382 Orion Way.

34. The Perfect People: On the outside, they appear to be perfect. Of course, things are never as they actually appear…

35. Soul Fragments: When something tragic happens, it’s often said we lose a piece of ourselves. Your task is to travel through different lifetimes to find these lost parts of self to be whole again.

36. The VooDoo Queen: The fraudulent fortune teller makes her living by conning the local superstitious government officials. When they start to become suspicious, she decides to make a run for it through the bayou where she encounters the ghost of the real VooDoo Queen. 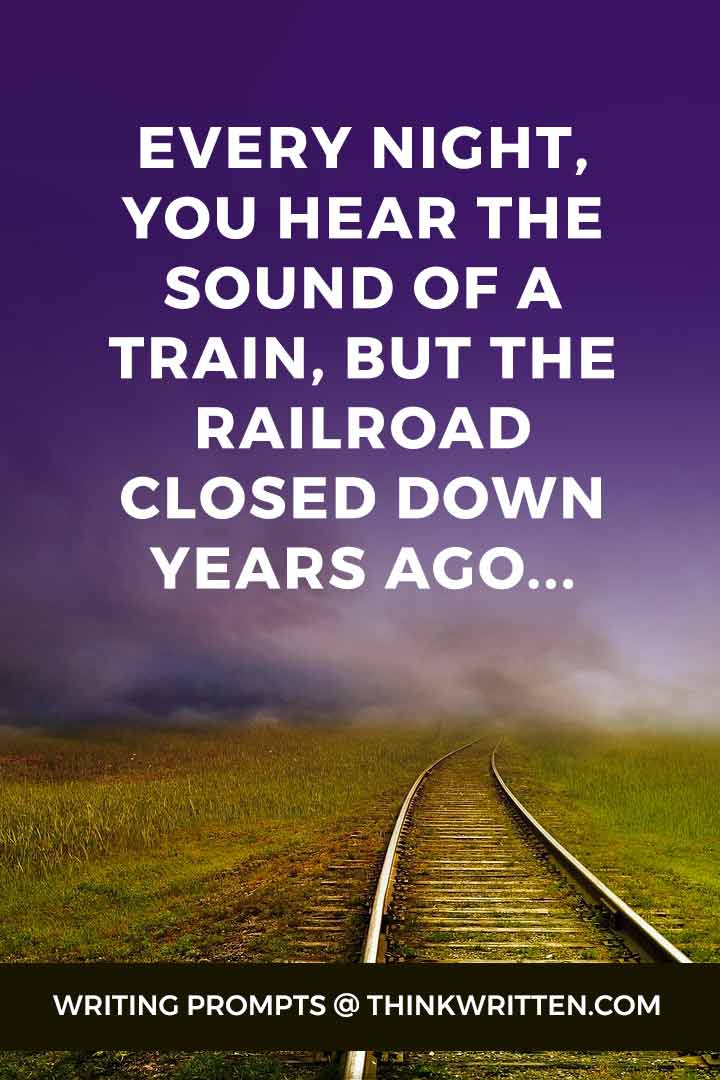 37. Ghost Train: Every night, you are awakened by the sound of a train, but the railroad closed down years ago.

38. Trash to Treasure: While exploring an abandoned trash dump location off the coast, a young boy discovers an ancient sword.

39. Planet of Sorrows: It is a place of suffering, brokenness and despair.

40. Reading the Heavens: Each person has a designated star in the sky above. When the stars align, they will be lifted to go home to their true planet.

41. Miners Cove: After a mining village is swallowed by a sinkhole, all traces on the surface disappear, but the civilization continues on in secret for centuries. When modern day explorers come to claim and develop the land, the underground colony must do what they can to protect themselves and their secret world.

42. The Mirror, Cup, and Candle: Legend has it, if you stand in front of a mirror holding a cup and a candle you can jump between dimensions.

Looking for even more writing prompts? Don’t forget to check these out:

I hope these fantasy writing prompts helped spark your imagination. Whether you are looking for a different and unique style of creative writing exercises or are looking for the elusive perfect novel idea, this list will hopefully get your creativity flowing. And don’t forget – National Novel Writing Month is November!

Do you have any other ideas for fantasy writing prompts not included here? Share your fantasy story writing prompts or plot ideas in the comments section below – you never know who you might inspire to get writing.

And as always if you do write anything using these prompts, we would love to know about it! Tell us where we can find your stories in the comments below, link to this list from your own blog, or use the hashtag #thinkwritten on social media.

Chelle Stein wrote her first embarrassingly bad novel at the age of 14 and hasn't stopped writing since. As the founder of ThinkWritten, she enjoys encouraging writers and creatives of all types. 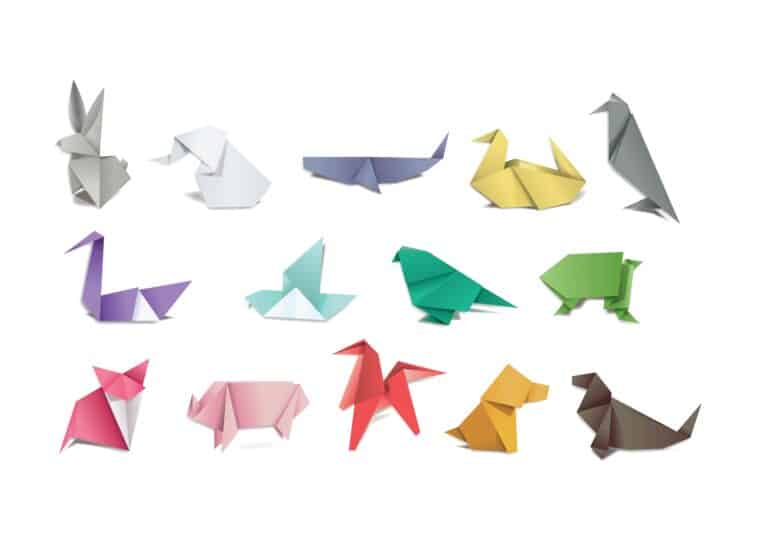 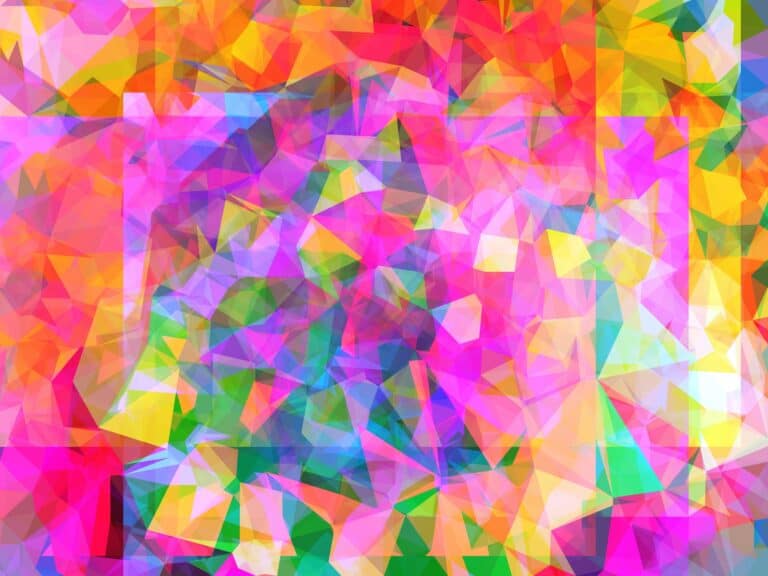 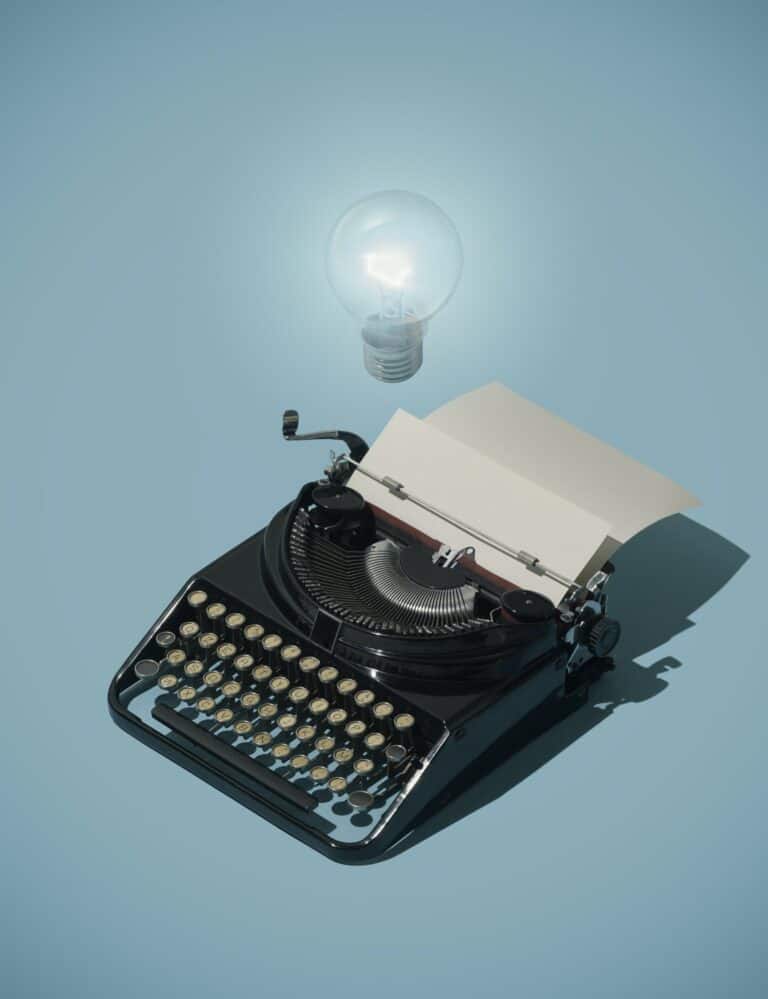 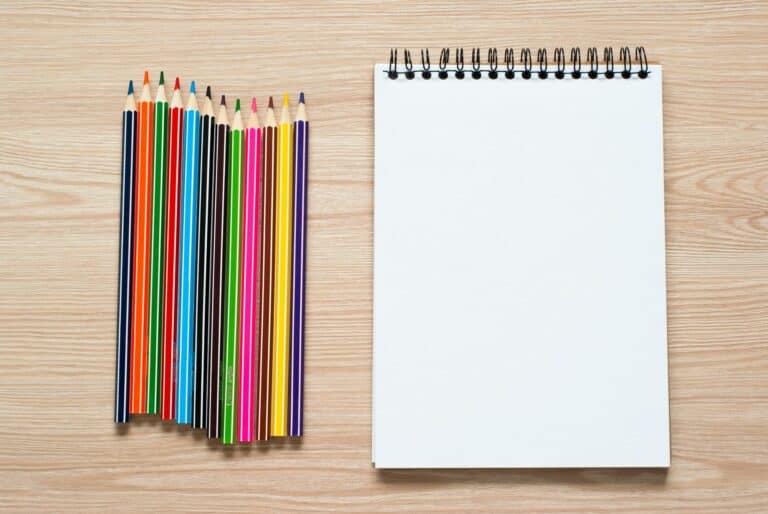 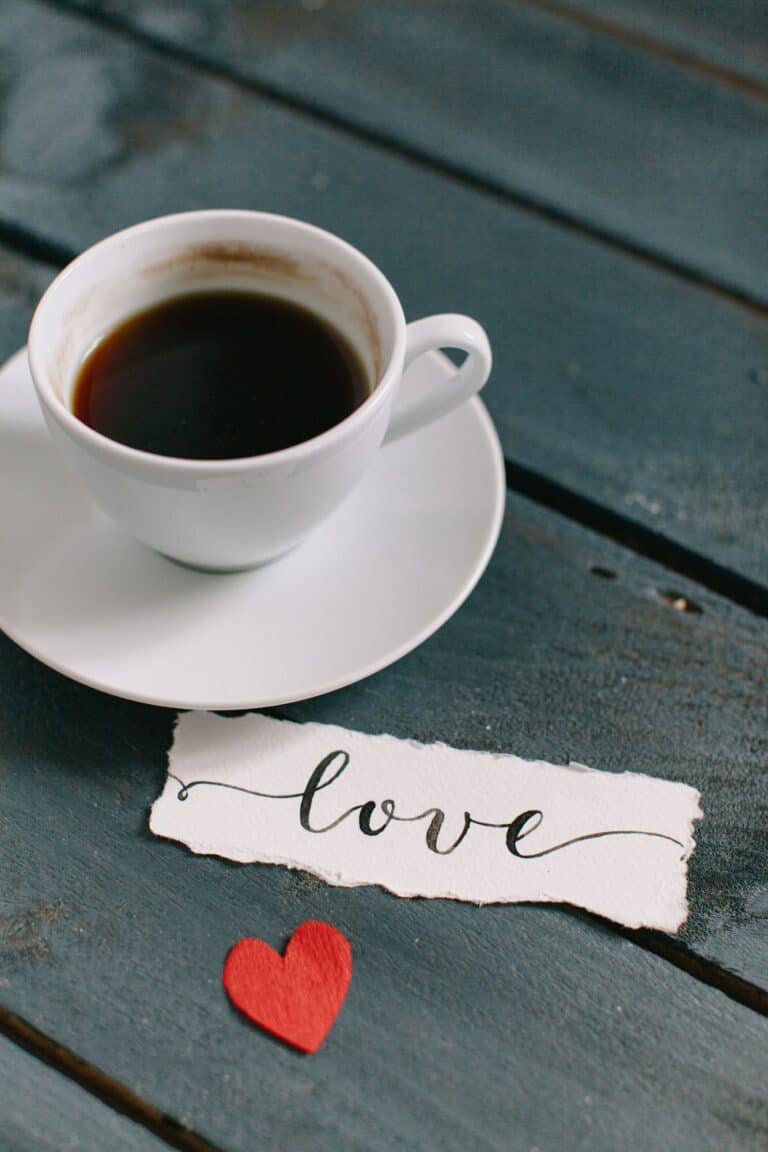